I wish that I knew then what I know now! 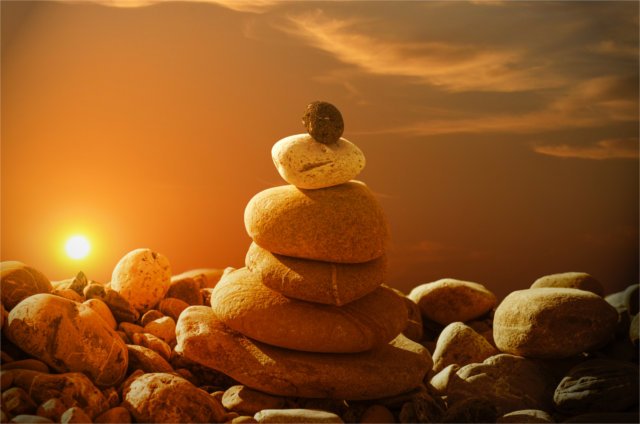 While catchy as a musical tune, the sad fact is that the more that I have studied about the human body, health, and disease, the more I found myself echoing these words regarding healthcare. Maybe a less musical but simple and more easily understood way of saying this would be “I wish that I knew then what I know now.” I have found that this applies to my knowledge base and the thousands of patients I’ve treated in my career. When I see patients come to my practice with long prescription lists of 10,12 or 15 different medications they are taking in an attempt to pursue an apparent elusive goal of health, I find myself wanting to shout “there is a better way!”

But it’s not only my lament. Sadly if I could convey to them what I have learned about the true causes of disease and ill health, and the differences between simply managing symptoms with medications and addressing the root pillars of illness, I’m sure they would be echoing the same phrases in regards to their own health issues.

In our country, my counterparts in the medical community have become very proficient at diagnosing disease. But, because of the time constraints of an insurance driven health model, many of them are unable to spend the time with their patients that is necessary to begin looking deeper into the foundational pillars that are necessary to address what is really causing the symptoms in the first place.

Let me give you a personal example. I’ve often said “God gave my wife to me to make me a better Doctor”. No one cares about her health issues more than I do. In addressing her health issues I have learned countless lessons that have benefited other patients. Early in my career as a chiropractic physician I focused on musculoskeletal complaints and upon addressing those areas of movement that would allow my patients to function better and reduce nerve interference that might be coming from the spine. So when, shortly after we were married, my wife began to complain of pain in her gut and gastrointestinal distress, we first sought the advice of an internal medicine doctor. His answer was that she should go to a compounding pharmacy and obtain a prescription that he would write. The product had been removed from the market because of its potential side effects, one of which was “death”. In addressing the possible side effects, he told her “not to worry. If side effects were to develop, he could simply write her additional prescriptions to deal with them”.

Our quest eventually led us to the field of Functional Nutrition and Lifestyle Medicine, sometimes referred to as Functional Medicine (FM). The more we have learned over the years, the more I have found myself reiterating that phrase “I wish that I knew then what I know now”.

We have learned that my wife, like many of our patients, suffers from a number of autoimmune conditions in which her body attacks itself. One of these “self -attacks” is that her body makes antibodies to the parietal cells of her stomach. These cells produce the proper levels of stomach acid necessary for digestion and help protect from invaders like parasites. We have also learned that the symptoms of autoimmune disease are often treated as isolated conditions and diagnosed as such. But, the fact is while autoimmune diseases occur in individuals with a genetic predisposition to them, these same individuals will often develop not just one, but multiple autoimmune conditions.

Why? Because if not addressed, the same conditions which cause these autoimmune genes to be expressed are still present!

What are the three major factors that lead to the genetic expression of autoimmune conditions?

First, is the genetic potential to develop the condition. Science has shown us that these genes can be turned on or off. So simply having the gene does not guarantee that one will develop the autoimmune condition.

Second is a condition referred to as “leaky gut”. In this condition, the lining of our digestive tract becomes compromised, and instead of only allowing properly digested food to pass into the bloodstream, it allows the contents of the intestines, which may include partially digested food and bacterial waste products to pass directly into the bloodstream and become concentrated at what may be termed our bodies “weak link”. The result is the body then sees this as foreign material and musters an antibody response. Like the Armed Forces of our country, our immune system has what may be considered an Army, Navy, Air Force, Coast Guard and Marines. These various immune system defenders begin to attack what it now sees as a foreign material. But this foreign material may resemble some of the body’s own structural areas, and the immune defenders then begin to attack the body itself.

Third are stressors. These stressors can alter genetic expression and can range from toxic chemicals in our environment and food supply, pathogenic organisms such as parasites, and the effects of mold exposure. They may include heavy metal exposure or emotional stressors such as those that result from being in a personal tragedy or a chronic stress situation. Another way to look at the environmental factors that affect our genetic expression is to consider the areas of nutrition, movement, and emotions. Nutrition is not just about the calories that we take in but it includes the many substances that are included within our processed foods. Chances are, if you read a nutritional label on a food product and you don’t recognize the substance, then it’s probably not good for you.

Movement such as proper exercise, promotes not only muscle tone, but improves lymphatic drainage. Movement also improves the communication signals to our brain, as well as brain function and cardiovascular function. Movement begins in the individual joints of our spine and extends to every joint in our body. Because these joints are stressed on a daily basis, quality Chiropractic care is essential to maintaining health and the ability to function.

Finally, our emotions play a huge role in the development of autoimmune conditions. Chronic stress suppresses our immune system and opens the door for imbalances within the gut, erodes the lining of the gut and then makes us susceptible to development of food allergies and for the development of “leaky gut”.  Another common stressor present within the standard American diet can be the presence of gluten and “gluten – like” proteins such as are found in dairy products. In my wife’s case we were unaware that she was gluten sensitive and for nearly 2 years a large part of her diet included a yogurt- like dairy product that was supposed to be helping her gut to heal. In fact, it was contributing to a worsening of her “leaky gut” and further triggering her body to produce more and more antibodies against her own tissues. This is referred to as a cross reactive food. Oh, how I wish that I knew then what I know now!

You see, in the timetable of autoimmune disease development, there are various phases that can take years to happen. One can consider this process like a hill, broken into five different phases. The first phase is that of “health”. The second phase is the “development phase”. This is where disease is beginning, but shows no symptoms. In this phase, triggers such as allergies, viruses, infections, and stress can all combine to start the autoimmune process. The third phase is the “pre-symptomatic phase”. Here again there are no symptoms, but the disease process and the autoimmune destruction is continuing. The “symptomatic phase” occurs when the dynamic system threshold is reached and an autoimmune condition has been present long enough for symptoms to begin to develop and appear. The final stage is that of “degeneration and deterioration” where the body is on a downward health spiral.

I wish that I knew then what I know now!

In dealing with the autoimmune triggers which “turn on” bad genes , we can control what we eat, how we move, and how we deal with stress, but all three have to be in alignment and have to be congruent. You can’t claim to “eat healthy” and then simply “not eat” or “eat junk food”. You can’t move properly and not exercise or ever get Chiropractic care. And, you can’t deal properly with stress and have toxic thinking. We must have a healthy diet, participate in healthy exercise and maintain a healthy self- image. It is the healthy relationships in our life that give us a sense of purpose and empowerment. Many autoimmune patients are out of alignment in these areas and have no way to enjoy true health. They often feel they have no alternative but to take ownership of the diagnostic label they have been given. They suffer with their condition and take more and more medications. When additional accompanying side effects develop, they just continue to add more medications to their prescription list while their health continues to deteriorate.

In our practice, we begin with a detailed consultation and evaluation. We look for the underlying cause and attempt to identify the root of your health problem. We employ, as necessary, Functional Laboratory Testing procedures that may include evaluation of your gut health, your immune system, your genetics, your nutrient levels and your potential response to gluten and cross-reactive foods. We then provide a lifestyle strategy as well as a corrective program to address the underlying mechanisms at the root of your health problems.

If you would like our assistance in evaluating your health status, establishing health goals and a plan to reach them, you can schedule a new patient consultation with us by pressing the link below to “schedule an appointment”.